I wind the spring and the public, in looking at the poster, will have that spring released in its mind."

During a career that spanned close to three decades, graphic designer Abram Games created all manner of things – from stamps to the first-ever on-screen moving ident in 1954. Aside from his widely celebrated commercial work, he also acted as the ‘Official War Poster Artist’ during the Second World War and remains the only person in army history to have been given the title.

The National Army Museum exhibition titled ‘The Art of Persuasion’ (closing November 24th 2019) focuses on the war posters created by Games, which provide a fascinating insight into Britain’s socio-political history and the role that design and communications played in galvanizing the country during the war effort.

The exhibition begins by exploring how Games’ Jewish refugee heritage and experience as a soldier shaped his design career. At the start of the War, he was conscripted and served until 1941, when he was approached to design a recruitment poster for the Royal Armoured Corps.

The 100 or so posters, book covers, and insignia he subsequently created for the War Office were unprecedented at the time – he acted as instigator, designer and copywriter for each. Games was a staunch socialist and some of his work proved controversial (two posters were banned and pulped), but he saw the posters not only as an opportunity to communicate ideas that would help win the war but also as a way to bring about broader social change in Britain.

The work of Abram Games as a graphic designer and British soldier in support of the causes of freedom and social justice during the Second World War is remarkable and inspiring, and we are proud to be showing the full body of his work as the Army's poster designer.

The exhibition explores Games’ use of specific design techniques (airbrush, limited colour, typography and stark imagery), the impact he has had on modern graphic design and the tools he uses to persuade. You can even test your own artistic prowess in an interactive, digital installation.

Games resumed his freelance career in 1946 and won the competition to design the symbol for the 1951 Festival of Britain. His later clients included Guinness, the Financial Times, British Airways, London Transport, British Rail and Jersey Tourism. He always worked alone and was responsible for every aspect of his designs – from conception to print. 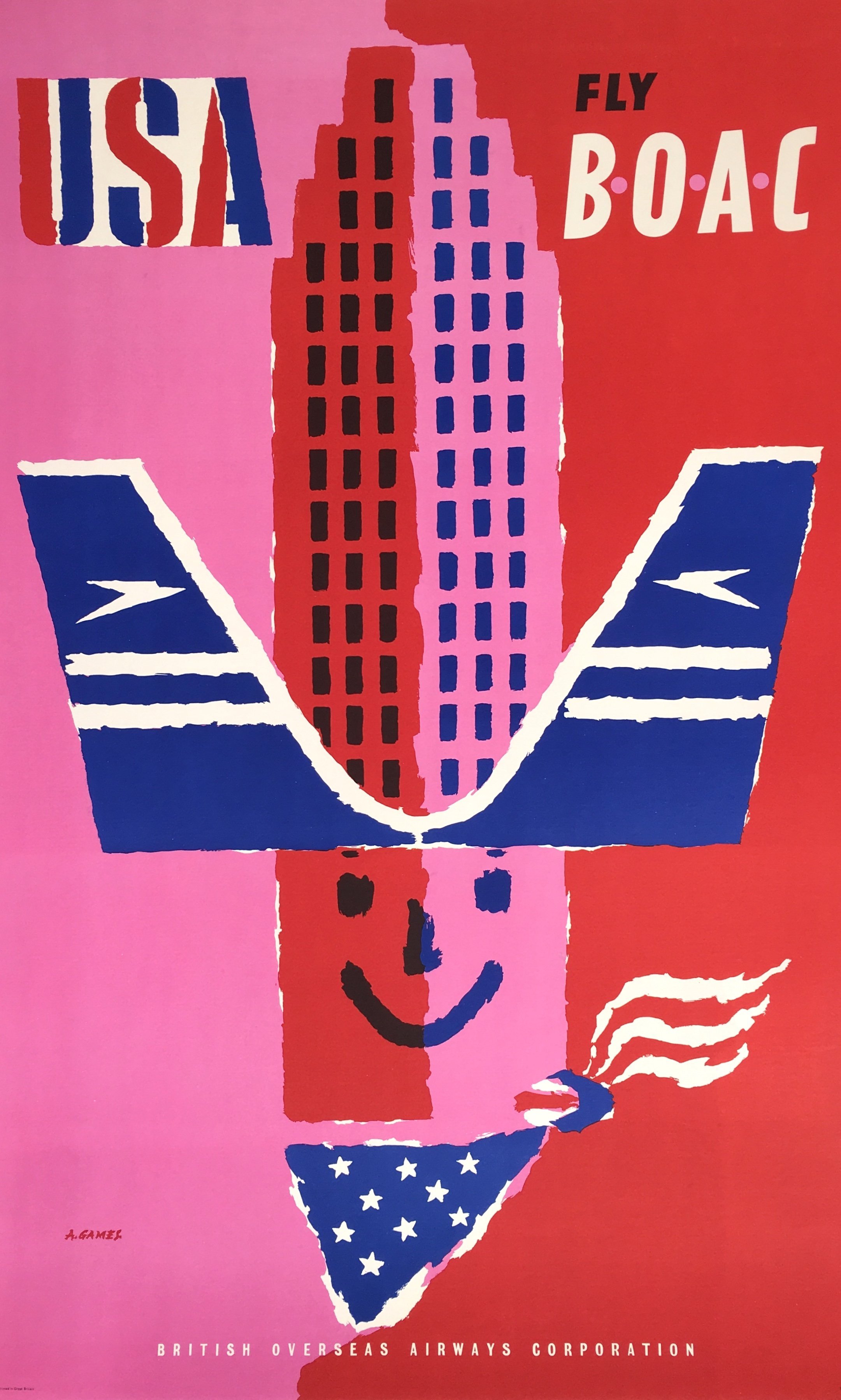 Games made it his mantra to use ‘minimum means to derive maximum meaning’; a device just as relevant to our creative work today as it was all those years ago. His posters are simple, bold, persuasive and unafraid to shock. They continue to teach us valuable lessons about how visual language can be used to educate, sway opinion and inspire collective action. Everything you need to know can be absorbed in one glance – and in this age of information overload, the arresting simplicity of Games’ work cuts straight through.

The Art of Persuasion: Wartime Posters by Abram Games is showing at the National Army Museum, London, until 24th November 2019.