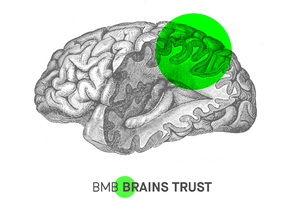 As technology develops, there’s one thing AI can’t replicate, and that’s the human propensity for curiosity. At BMB, we pride ourselves on being curious humans, so naturally, we want to understand more about what makes us that way. Like a muscle needs exercise, curiosity can’t function without stimulation. To that end, we gathered together a panel of experts who are professionally curious – an author, a neuroscientist, a corporate investigator, a curator and a table full of interested marketeers – to talk about curiosity and what it means in the digital age.

Is the digital revolution the best or worst thing to happen to human curiosity? Has our curiosity decreased with the explosion and therefore devaluation of information? Ian Leslie, Author of Curious: The Desire to Know and Why Your Future Depends on It, kicked off the discussion by explaining the ‘curiosity gap’ in the context of developments in journalism, posing questions about how we browse and consume information online. 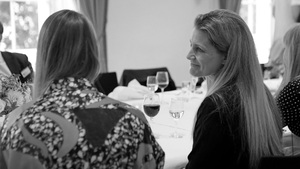 There are 63000 searches on Google every second of every day. 15% of those searches have never been entered into the search box before. That suggests to me that we mustn’t be too hasty to think that the world is becoming less curious.

‘The function of a headline in the digital age is different from the function of a headline in the print age,’ he explained. ‘You get a surge of curiosity when you have a little information about something, but not all of it. If you have no information, you’re not interested. If you have all the information, you’re still not interested. In a newspaper, a headline’s purpose is to summarise the story below. In a world of click and share, you need the audience to do something, so you have to leave a curiosity gap.[…] Great storytellers are essentially opening and closing curiosity gaps all the time.’

In applying the same theory to brands, Ian posited that the issue with these sorts of click-bait, frustrating headlines is that over time, trust in the organization peddling them deteriorates. As a brand, it’s imperative to develop a deeper curiosity and interest in the brand itself, rather than the headline.  But the downside is that bad brands punish curiosity, argued BMB founding partner and Head of Strategy, David Bain. ‘Digital marketing tactics are punitive of it,’ in other words if you show interest in a pair of sunglasses, that same pair of sunglasses will follow you around the internet using the cookies you left behind. 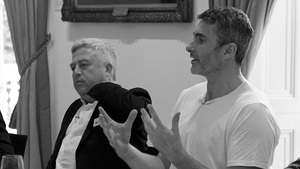 ‘10 years ago, there was this really fashionable idea of transmedia storytelling,’ Bain explained, ‘the notion that brands were going to tell stories across multiple platforms and consumers were going to follow those trails of crumbs – but they simply didn’t.’ Is there a danger that we become scared of expressing intent online because we know we won’t hear the end of it? Is a younger generation at risk of becoming less curious online because of this?

Ben Malbon, Director of Marketing at Google, interjected. ‘There are 63000 searches on Google every second of every day – that’s 6 billion searches a day. 15% of those searches (that’s 900 million searches a day) are completely unique. That means they’ve never been entered into the search box before. That suggests to me that we mustn’t be too hasty to think that the world is becoming less curious.’

Anthony Richards, Learning and Training Director at KCA London, discussed the techniques he uses to spark curiosity in visitors to the museums, galleries and cultural institutions he curates for. In opening up the curiosity gap, you get people to think inquisitively. ‘To get people engaged and interested, humour is often the way in,’ he explained. He outlined the ways in which you can draw in an audience by creating something that’s counter-intuitive. ‘If you do things people don’t expect, they’re immediately drawn to what’s going on. Human interaction makes all the difference – you can talk to someone and play the game,’ he explained.

‘You might think of curiosity as a trait, skill or muscle,’ continued Corporate Investigator Patrick Sherwen, ‘but I’ve always thought of it as an appetite that needs to be fed. It’s a bit painful not to know the answer because you’re feeling hungry. That pain can sometimes feel nice – but only if you’re on your way to satisfying it.’ 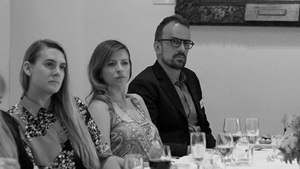 During his time as a professional investigator, Sherwen learned that being curious meant looking at possibilities that seemed only loosely connected and factoring them into your thinking. ‘A bad researcher would look up everything they can find on the exact name you gave them and present it to you. A good researcher, however, would give you information they’ve found on the same name but with spelling variations, noting birthdays or near birthdays, locations, postcodes, relatives and other people with similarities. They’d factor these things in and include them in their searches and findings.’

After recounting a sordid tale in which a family was defrauded of their inheritance by con-artists, Sherwen goes on, ‘it’s secretiveness that pricks my curiosity more than anything. As a journalist, I didn’t just want to get a story a day ahead of someone else, I wanted to get a story that no one else was ever going to get. Not necessarily new knowledge, but hidden facts that other people won’t get to.’ His conception of curiosity seems to be focused on having the hunger or drive to find the details that other people aren’t looking for, for its own sake. Training your brain to look beyond the confines of the ordinary and find patterns that open up new doorways.

Baroness Susan Greenfield, Neuroscientist and CEO of NeuroBio, ended the evening by discussing curiosity in a different context – as something that comes from within, rather than something prompted by external factors, like secrecy or the curiosity gap. ‘We’ve been sitting here defining curiosity as attention, learning or problem solving and it’s not those things,’ she argued. ‘For me, the hallmark of curiosity is spontaneity.’

‘What differentiates a chimp from a human?’ she asked. ‘Chimps are good at reasoning and problem solving and they use sign language to ask for food, but they never say, ‘Oh look at that bird,’ for the sake of non-survival.’ According to Greenfield, human curiosity is the attempt to give meaning to things around us – it’s how we join up the dots of our world.

She continued to explain the concept of plasticity and how it plays into human curiosity. ‘Plasticity means that every moment you’re alive, the connections between your neurons will get stronger according to how much they used,’ she said. ‘The famous example is London taxi drivers who have a bigger hippocampus than other people – an area of the brain relating to memory. This study scanned the Brains of London taxi drivers who have to learn the best routes, road names and so on, and found that the hippocampus was physically bigger.’ 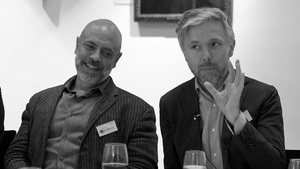 ‘When you’re small and someone shows you a wedding ring, it doesn’t mean anything. Gradually, as you interact more (and due to the plasticity of your evolutionary mandate) connections slowly form in your brain and strengthen in accordance with rehearsal and experience. That is where we should go for answers as to why we seek out things that stimulate – it’s to give the world coherence so that things have a complementary significance – so everything fits with everything else.’

So, how do we foster an environment which encourages this curiosity from within inline with Greenfield’s argument? ‘I’m going to come up with a completely heretical answer,’ she posed, ‘and that is boredom. Boredom is the most important thing ever. When I was little and I didn’t have money, I’d spend my time making up stories.’

Boredom is the most important thing ever [for encouraging curiosity]. When I was little and I didn’t have money, I’d spend my time making up stories.

An experiment in 2014 found that participants typically did not enjoy spending 10 minutes in a room by themselves with nothing to do and that instead they preferred doing mundane external activities – many preferring to administer electric shocks to themselves instead of being left alone with their thoughts. In other words, they preferred being stimulated by something rather than nothing – even if that something was negative. Is our generation in danger of dampening the human propensity for curious thought with endless scrolling, podcasts on loop and always-on stimuli? 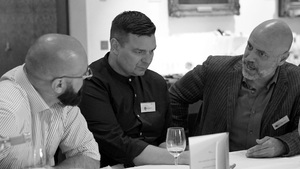 In Leslie’s view, fear and complacency are the two primary forces that threaten curiosity; fear of admitting you don’t know things or asking difficult questions and complacency (thinking you know all you need to know). Google answers our questions for us, and activities that are incredibly entertaining (but not intellectually stimulating) are available at the touch of a button. According to Greenfield, overstimulation should be added to that list.

The evening’s conversation was varied and raised a few key takeaways. Firstly, that the curiosity gap is crucial in encouraging human curiosity but is currently in danger of being misused and appropriated by brands and tabloids using it to misinform and misrepresent. Secondly, we learned that however you view it (as an appetite to be fed or as a mechanism for storytelling), curiosity is one of the key ways that humans differentiate from other species (and from robots). It plays a crucial role in how we accumulate knowledge to make sense of the world around us. Finally, we concluded that technology is both the best and worst thing to happen to curiosity in recent history. While always-on entertainment is making it easier to be incurious, technological innovation is also levelling the playing field, offering universal access to information and knowledge.

The BMB Brains Trust is an ambitious initiative designed to bring insight from beyond advertising, business or marketing into solving problems for our clients. The events are hosted biannually and by invitation-only. For more details please contact Richard.wilcock@bmbagency.com

The BMB Brains Trust is an ambitious initiative designed to bring insight from beyond advertising, business or marketing into solving problems for our clients. The events are hosted biannually and by invitation-only. For more details please contact Richard.wilcock@bmbagency.com